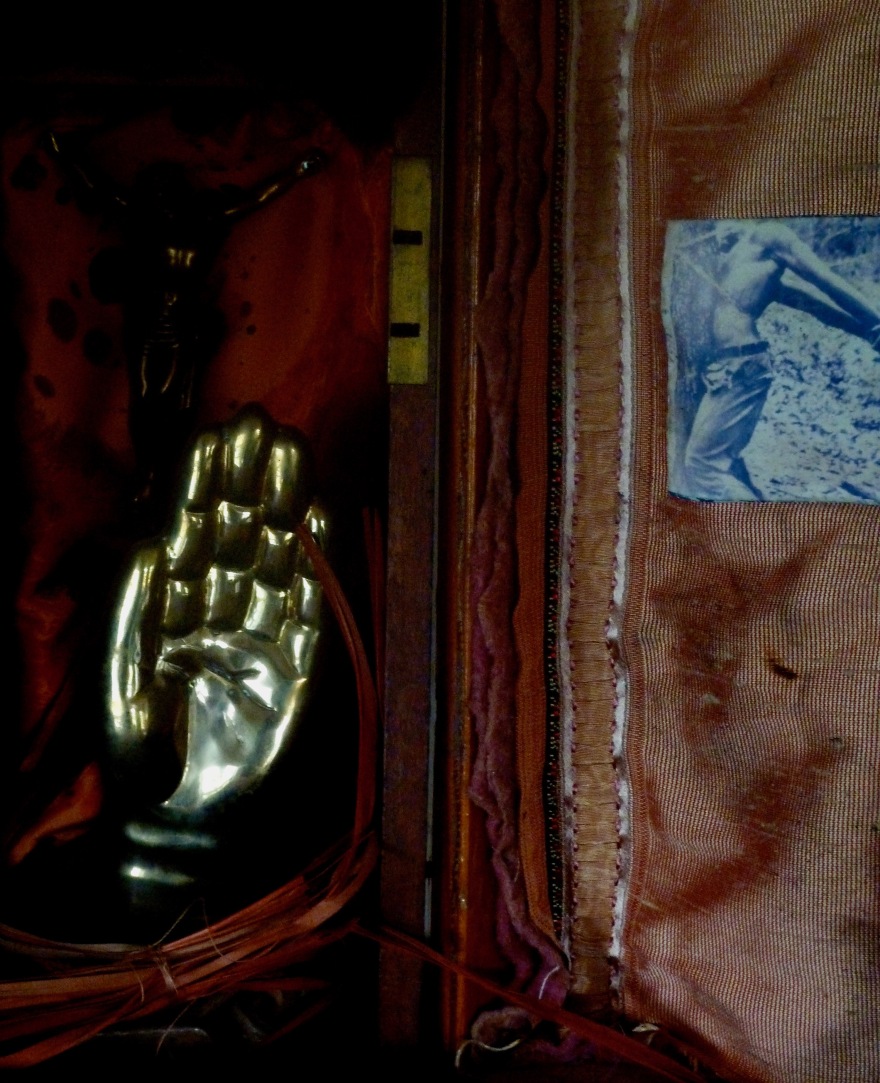 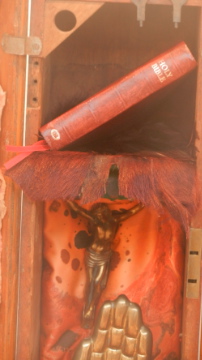 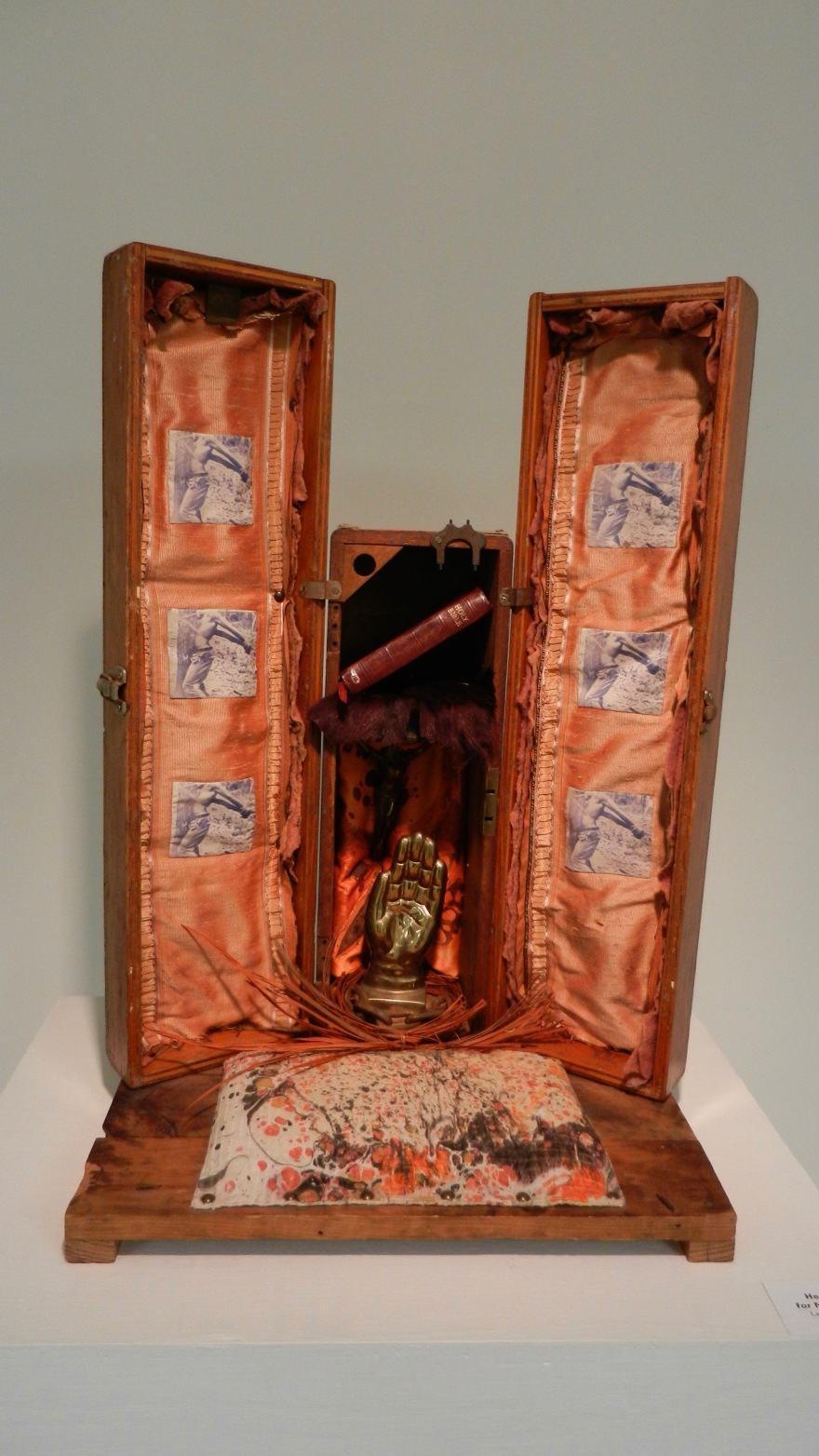 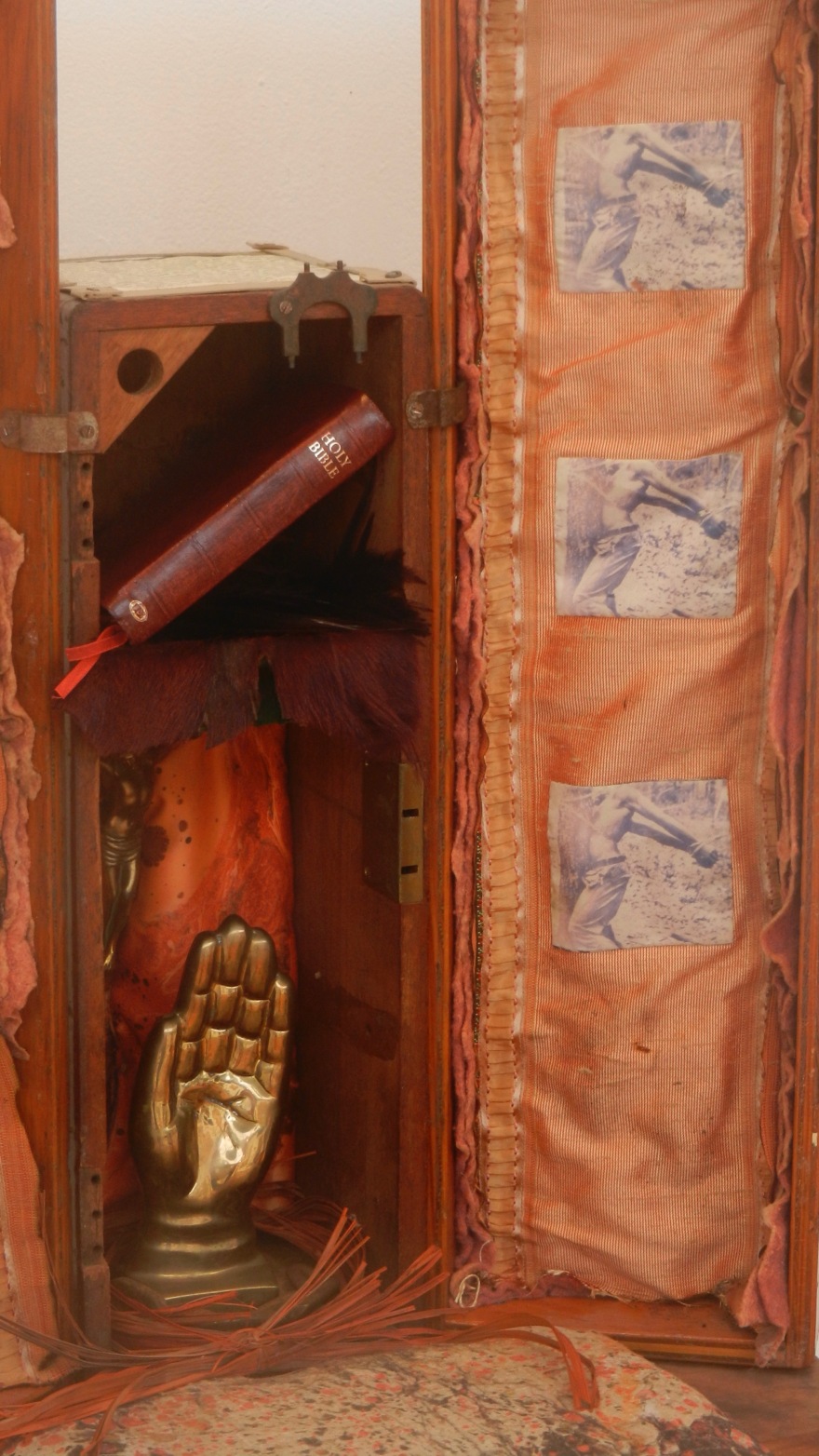 After reading William Styrons’ Nat Turner, about the first resistance movement in North America against slavery. Not much was recorded, but we do know Nat Turner was an educated slave and a carpenter.  I made this sculpture out of a carpenters’ tool boxes and stuffed the pillow with lemongrass that I grew in my garden. The pivot point in Styrons’ book was when Turner dropped his educated speech and talked to the townsmen in their own vernacular, using the plight of Moses and his journey out of Egypt to inspire the uprising (newsprint). We also know that Turner was forced to watch the hangings of his fellow rebels before he joined them, and that he requested his Bible daily but it was not granted him. 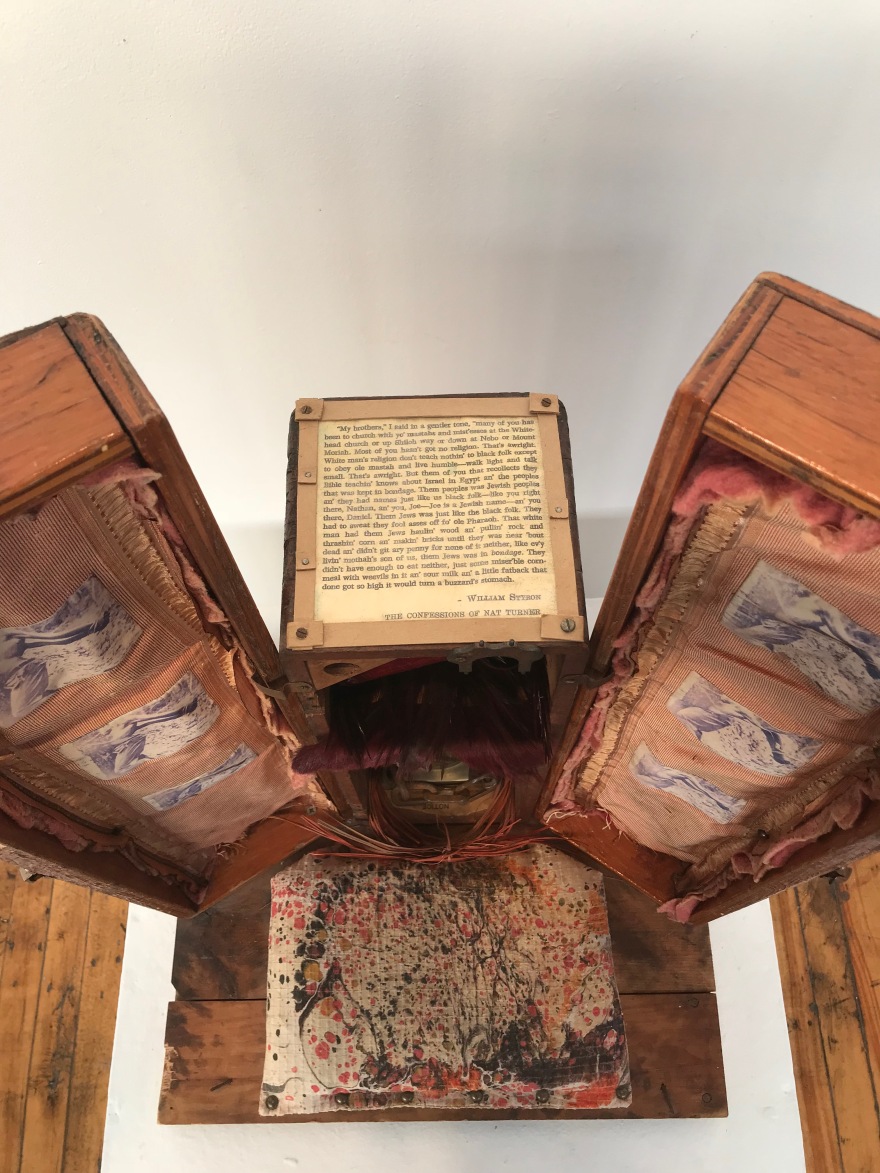 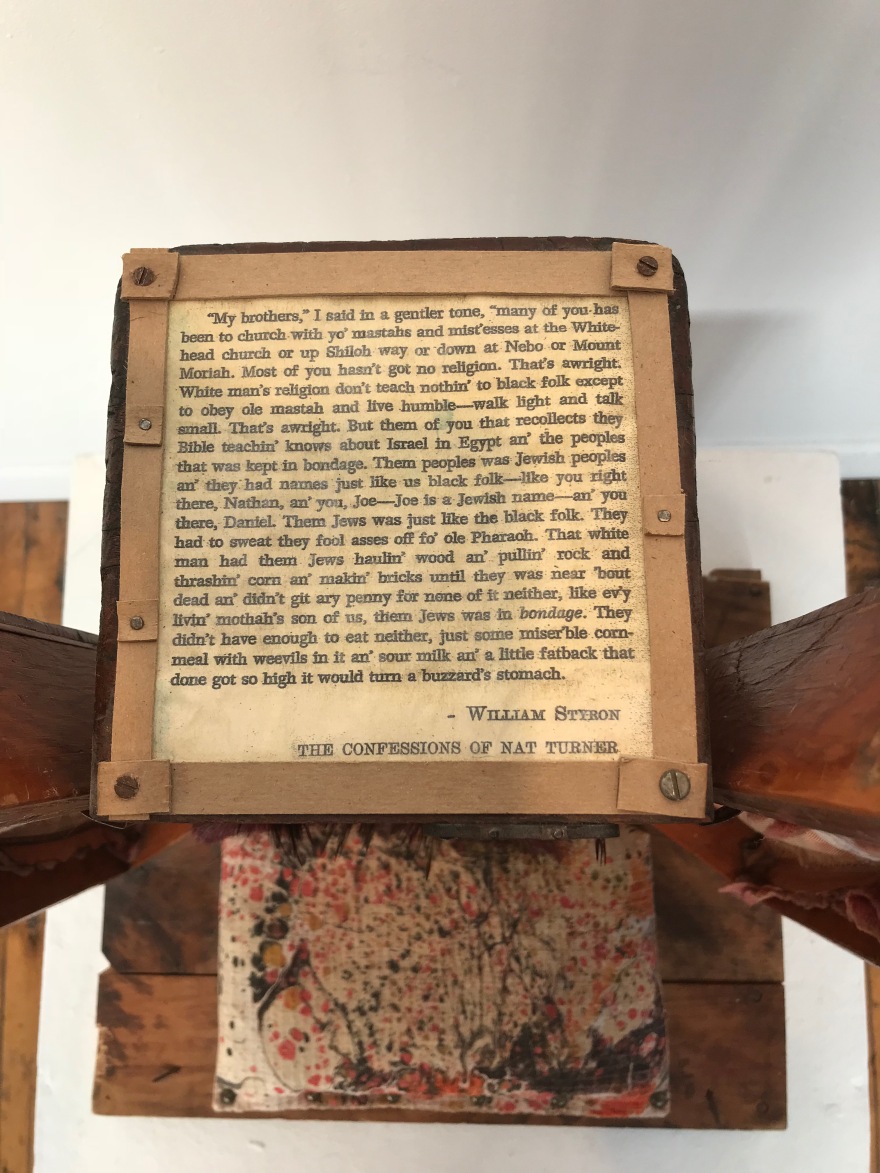